Warm up to CoolSculpting, the Scalpel-Free Way to Remove Stubborn Fat at Braun Dermatology

Warm up to CoolSculpting, the Scalpel-Free Way to Remove Stubborn Fat at Braun Dermatology

It’s been said that beach bodies are made in the winter but CoolSculpting in Alexandria, VA, and Washington, D.C. at Braun Dermatology & Skin Cancer Center is always in season!

Coolsculpting picks up where rigorous exercise and a diligent diet leave off…contouring and reducing stubborn fat pockets that resist conventional “weight loss” methods.  Following a single, 2- to 4-hour appointment, you can begin to see a noticeable improvement in your stubborn trouble spots. Treatment is as simple as sitting back and relaxing while our CoolSculpting Certified Specialists do the work.

Historically, if you wanted to reduce stubborn fat in a specific area, your options were limited and invasive. Though not a substitute for a healthy lifestyle, CoolSculpting is a nonsurgical alternative to procedures such as liposuction to remove fat and contour areas of the body. Noninvasive techniques are generally associated with less trauma, limited-to-no downtime, and fewer risks of complications than their surgical counterparts.

Developed by Zeltiq Aesthetics, CoolSculpting the FDA-cleared technology based on the idea that fat cells react differently to outside stimuli (such as cold temperatures) than other types of cells. Harvard University and Massachusetts General Hospital researchers discovered fat cells were reduced when exposed to targeted, controlled cooling. The tissues surrounding the treatment area remained undamaged, which suggested a precise approach to fat reduction. This scientific principle of cryolipolysis lead to Coolsculpting.

CoolSculpting presents an attractive option for patients of Braun Dermatology who are either not good candidates for liposuction, or who simply don’t want to undergo invasive surgical procedures. Unlike other fat reduction methods, CoolSculpting doesn’t require anesthesia, sutures, or lengthy downtime. Risks such as scarring are avoided because this nonsurgical technique doesn’t involve invasive cutting. Our CoolSculpting Certified Specialists deliver powerful cooling temperatures via specially-designed applicators. 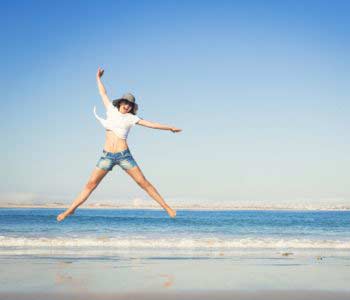 There are currently 8 FDA-approved areas that CoolSculpting can help contour and sculpt:

The CoolSculpting device isolates the trouble area, using built-in suction to draw in the treatment site. The applicator is designed to deliver precise and uniform cooling to maximize the device’s “fat-freezing” efficiency while minimizing potential side effects and risks. Treatment is so well-tolerated that many of Braun Dermatology’s patients enjoy reading, checking their emails, or taking a relaxing nap while the therapeutic cooling is applied.

END_OF_DOCUMENT_TOKEN_TO_BE_REPLACED
Treatment is customized to each patient. While you may be happy with the results from a single treatment session, other patients may desire or require additional treatment to the same site. It’s perfectly safe to re-treat the same area until you get the improvement you’re after. Results are revealed gradually over three weeks to four months. As fat cells are exposed to cool temperatures, they’re crystallized or damaged. Later, the damaged cells are eliminated from the body via a natural, safe metabolic process. As this process occurs, you’ll notice treated areas are increasingly more sculpted. Zeltiq Aesthetics reports an average fat reduction of 20 to 25 percent in treated areas. Results can be seen as early as three weeks with continued improvement for four months following treatment.

She is skilled in Mohs Surgery and skin procedures such as excisions, mole and cyst removals as well as cosmetic procedures that include neuromodulators, fillers, and laser procedures.

What Our Patients
Have To Say